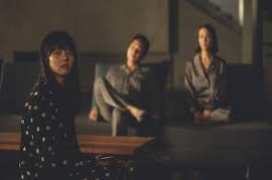 Greed and class discrimination threaten the newly created symbiotic relationship between the wealthy Park family and the poor Kim clan.
Director:
Bong Joon Ho writers:
Bong Joon Ho (story), Bong Joon Ho (screenplay) Kim – mother and father Chung-sook and Ki-taek and their young adult offspring, son Ki-woo and daughter Ki-jung – are a poor family living in a shabby and narrow apartment in the basement occupied by a lower commercial class in the Seoul region. Without even realizing it, they, and especially the Kim, literally smell of poverty. They often commit less cheating together and even if they have a job, they do the minimum necessary work. Ki-woo is the one who dreams of getting out of poverty one day at the university. Despite his lack of university education, Min-Ki’s friend, a Ki-woo student who leaves school, chooses to tutor in Da-hye Park, where Min plans to go back to Seoul and is alone at the university. The parks are a wealthy family who have lived in a modernist house for four years, designed by the famous architect Namgoong. If State Park …